In the spirit of Valentine’s Day next week, I thought I would have Kamryn make her Valentine Box this afternoon.  I saw this on Pinterest last week and it was the inspiration I needed.

I wasn’t going to duplicate this exact box, but basically, just the idea of a cereal box.  I am horrible of thinking of alternative uses for things.  Anyway, we had just finished a box of Peanut Butter Cheerios.  Did you even know they made these?  I saw a box as well as about 10 other types of Cheerios that I knew nothing about at Target a couple of weeks ago.  They don’t beat Peanut Butter Cap’n Crunch, but seriously, I say that like’s it’s even possible that there would be a cereal that could beat Peanut Butter Cap’n Crunch.

I’m way off topic.  Like I said, I was going to have Kamryn make her Valentine Box.  I have a tendency to get her really excited about crafting with me only to Nick Burns (Your Company’s Computer Guy, SNL) her out of the way and do it myself.  Rory was snoopin’ around and so I came up with a brilliant idea.  I would make a mini model out of a fruit snack box for Rory and this would let me practice the cutting part.  Do you understand what I just said?  I was making a prototype for my daughter’s Valentine’s Box!  Instead of admitting insanity, I’m going to say that I’m just feeling especially dedicated today.  I had a personal best on my run this morning, I’m making some very involved gyros for dinner tonight and I have finished the laundry for the week.

We started off with our cereal and fruit snack boxes.  I wrapped them in red wrapping paper and then was going to “allow” the kids to decorate them any way they wanted. Instead, it was more like this:

Rory being allowed to do as he pleases with the model. He stabbed it with a pencil multiple times and then covered it in stickers. 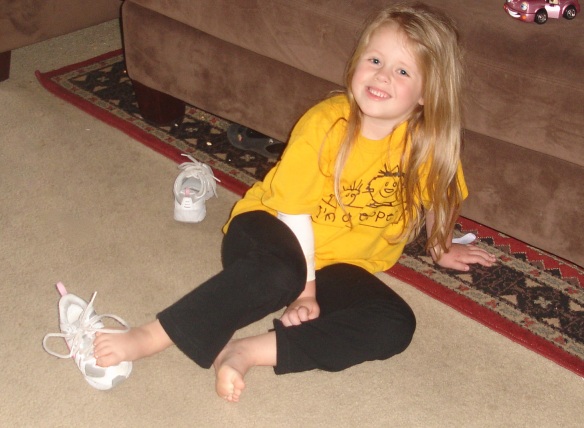 Where I found Kamryn.... 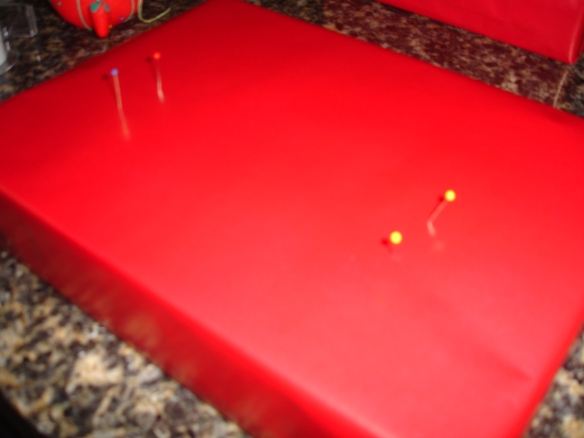 as I was doing this.

See, I had to pin the corners of the hole that I had cut out of the box so I knew were to cut the “X” through the wrapping paper and fold the pieces back.

And here is the finished product:

I swear on all that is holy that Kamryn did all of the decorating.  She wanted me to hot glue the decorations on so they wouldn’t fall off, but I told her to put them where she wanted first.  You may think I moved them but I didn’t.  She said “You know what this is?  It’s symmetrical.”  Yes, it is, Kamryn, yes it is.

Now to do something about the Cheerios you can see inside the box!

2 thoughts on “Crafting With Kids”