Today is Rory’s 4th birthday.  We have been preparing for this birthday ever since his 3rd birthday.  Last year, I wanted Rory to rid our house of all binkies.  Rory’s craziness outlasted my love of sleep and he was granted access to Binky for sleeping only.  That lasted about a week before Binky was once again a permanent fixture in Rory’s mouth.  He never took it out of the house – he was a closeted binky-sucker.

About a month ago I really started driving it home to Rory that his Binky was not going to be around once he turned 4.  He was once again seemingly excited to rid himself of his Binky, but I had my doubts.  I also knew that if we didn’t really get rid of Binky, I would give in and let him have it as soon as the going got a little tough.  We decided that tying Binky to the end of a bunch of balloons and letting it fly away was the proper way to expose of his plastic oral fixation. 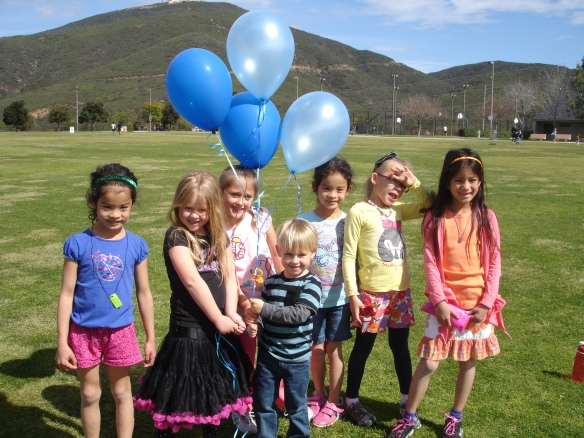 Rory and all of his ladies.

Kamryn really wanted to be the one to let the balloons go because she is a control freak like her mom, but I insisted that Rory be the one to do it.  He needed closure.  So after we all counted to three, he released the balloons and up, 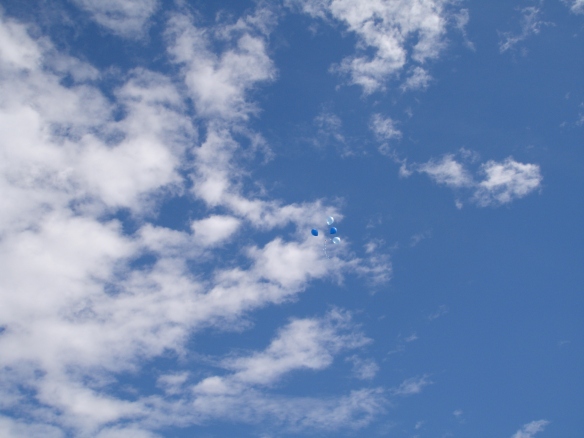 and up it went.  There was not much wind and Binky appeared to be going straight up in the air.  I had already said that if that damn binky ended up back at our house or if the balloons all popped and it fell right at Rory’s feet, we would be taking it home and he would be allowed to have it as long as he wanted.  Of course it did not and Binky is now somewhere east of San Diego.  In hindsight, I wish I would have attached a note for the whoever found it to email me so I knew how far it had gotten, but I may had been too tempted to go pick it up if I knew.  Not knowing is best.

After about 5 minutes, Binky was no longer visible to the naked eye so the kids flew kites, drove remote control cars and we looked on as our children gazed out over our beautiful city on a gorgeous day,

on a little boy’s birthday.